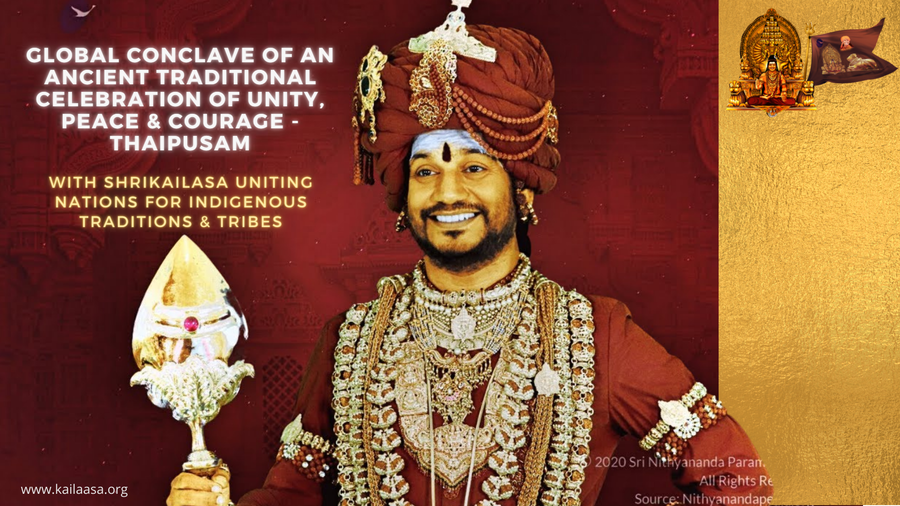 KAILASA is the only solution for the conscious poverty that humanity is facing.

LOS ANGELES, CA, January 20, 2022 /24-7PressRelease/ — On January 18, 2022 KAILASA (or SHRIKAILASA) celebrated Thaipusam in honor of Lord Subramanya (also known as Lord Muruga) who represents virtue, pure courage, youth and victory in all dimensions of Life. Thaipusam is celebrated on the full moon of the Tamil month of Thai (the 10th month of the Hindu calendar).

Thaipusam is very special to Hindus because it is the day Devi Parashakti, the Divine Cosmic Mother, gave the sacred lance to Lord Subramanya to vanquish evil, thereby completing His Avataric mission of laying the demon Soorapadman.

On this day, the Sovereign State of SHRIKAILASA organized a global conclave of the ancient traditional celebration of unity, peace, and courage with SHRIKAILASA Uniting Nations for Indigenous Traditions and Tribes.

Dignitaries from across 11 countries participated in the global conclave where The Supreme Pontiff of Hinduism (SPH) and The Sovereign of the Sovereign State of SHRIKAILASA Bhagavan Nithyananda Paramashivam delivered a groundbreaking discourse to awaken humanity to the crises humanity is facing.

The SPH Bhagavan Nithyananda Paramashivam expressed the need for strengthening the grassroots of human beings to live a “consciously successful life on planet earth.”

The SPH calls it a “conscious pandemic” which is a more serious problem than global warming or the global pandemic we are going through. This “conscious pandemic” is imploding human beings from inside. No amount of painkillers, depression medication, psychiatric drugs can help with these root problems of humanity.

The only solution The SPH stated is to get back to our conscious roots and strengthen the indigenous lifestyle our ancestors gifted us. The SPH further stated:

“We are made to consume “food-like” products in the name of nourishment. This renders us sick and alters our minds and bodies irreversibly to be a client to modern pharma industries and we continue to live by making big pharmas richer and richer. Let’s get back to the food and medicinal lifestyles, everything, our ancestors gave us consciously.”

For this reason, The SPH Bhagavan Nithyananda Paramashivam revived KAILASA, the First Nation for Hindus, to bring solutions from the enlightened civilizational Hindu nation to the worldly crises that humanity is facing.

Tremendous progress has been made by The SPH and KAILASA to protect and revive these ancient indigenous traditions and lifestyles. The SPH concluded the discourse by urging decision makers to do the same.

Ancient Indigenous practices:
During Thaipusam, devotees participate in ancient holy ceremonies that involve preparing for the Kavadi Attam and offering the Kavadi Attam (a dance that helps to maintain a healthy body). Part of this sacramental offering includes maintaining celibacy, consuming only certain types of Sattvic food items, continuously meditating, carrying a Pal Kodam (pot of milk) to offer to Lord Muruga, popularly known as Lord Subramanya, and piercing their skin, symbolic to show their devotion and respect to Lord Muruga. which are all part of the ancient indigenous practices belonging to Hindu tradition.

The Divine Lineage:
Lord Subramanya, as per Hindu tradition, inherited the Seat of Sarvajnapeetha, the all-knowing spiritual seat of infinite knowledge, or the Seat of Excellence, directly from Lord Paramashiva. Lord Subramanya Himself incarnated as Thirugnanasambanda to revive and re-establish the Kingdom of the Kailasonnata Shyamalapeetha Sarvajnapeetham, the Madurai Adheenam, as the Seat of Excellence 1,500 years ago. On April 27, 2012, The SPH Bhagavan Nithyananda Paramashivam who, through the Hindu science of incarnation, was recognized as the 1008th Incarnation of Lord Parmashivam at the age of three, was coronated as the 293rd Mahamandaleshwar (Pontiff) of the Madurai Aadheenam. Thus, Subramanya assumes an important place in KAILASA. 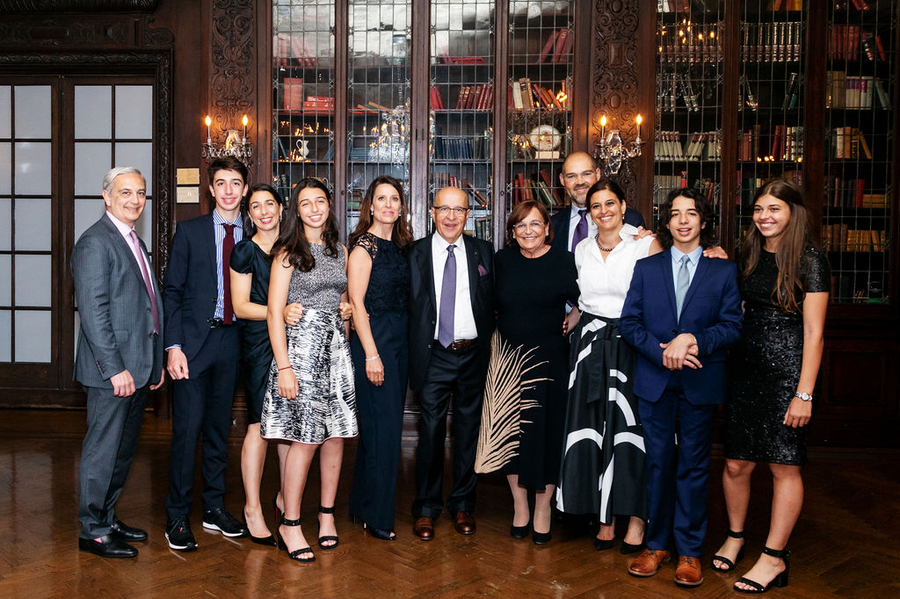 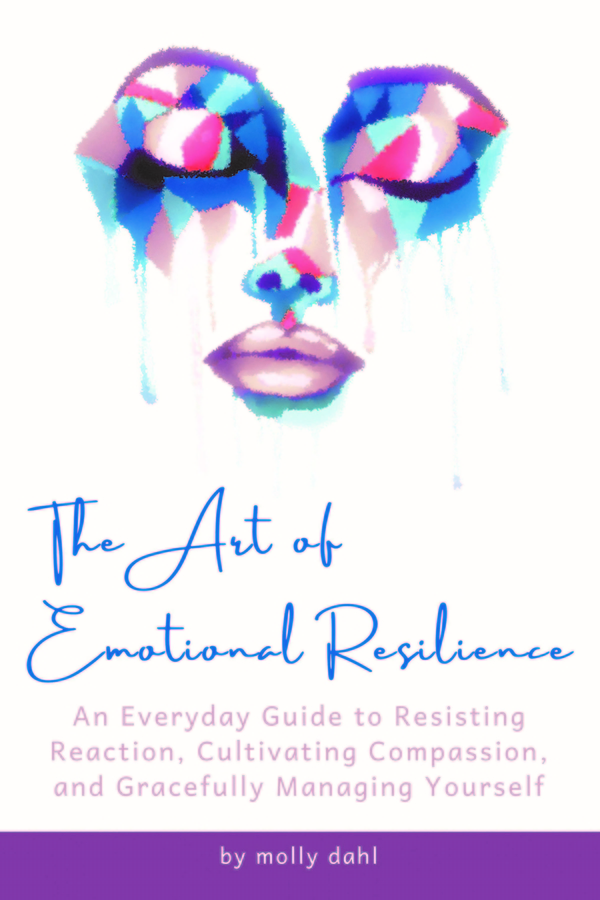 YOUR EMOTIONS, WHO IS IN CHARGE OF THEM? 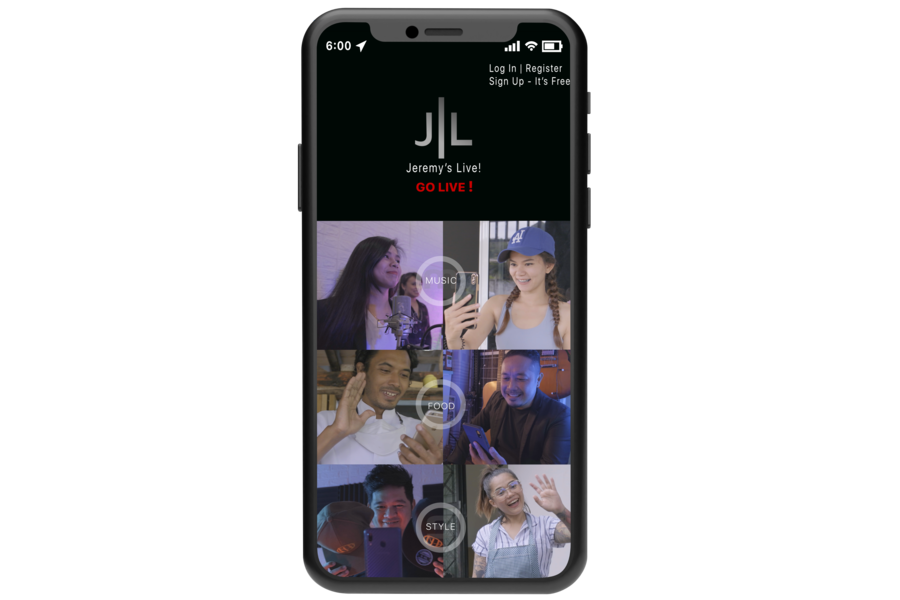